To provide a comprehensive and supportive healing environment for tangata whaiora that enables them to live meaningful lives within the community.

“Hei manaaki tinana me te wairua o nga iwi i raro o tenei tikanga”
To improve the overall health and wellbeing of all people engaged in our service. 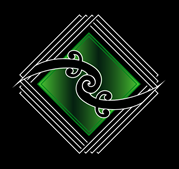 The Diamond represents Strength and Eternity, strength within the four dimensions of wellbeing. The Koru spiral is the hands holding and caring for those in special needs.

The four koru branches also represent the four dimensions of well being and their support and commitment to special needs. This was designed by Daniel Ririnui.

Consumer Rights When Receiving a Health or Disability Service

The will include provision for the: 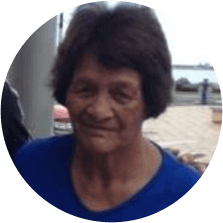 Aotearoa is filled with passionate people who, everyday, invest their time for the betterment of others in need. They are humble in their giving and expect nothing in return but to see the many hours that they invest in what they believe in, develop into something wonderful.

One wahine who has lived and breathed this very kaupapa is Hinerua Gray.

Twenty seven years ago Hinerua, a lady who had no experience working within the mental health field, had begun to identify, through networking with colleagues, that there were many Māori whanāu with mental health issues but a lack of residential providers catered to Māori.

In the 1980’s Hinerua worked for the Schizophrenia Fellowship, as a Field Worker. She was based at a facility on the corner of Cameron Road and Eighteenth Avenue. As part of her mahi she attended a networking hui held at The Cottage on Cameron Road. Staff from a range of mental health services participated and a common theme that began to emerge was Māori whaiora did not have a choice because a Māori mental health residential provider did not exist within Tauranga Moana.

Hinerua was not comfortable to ignore this and she set about to bring this to the attention of other networks who may be able to find a solution. Her first step towards this goal was to attend her first monthly networking hui with Toko Arahi, a mental health group, to speak to them about what she had identified and to, in her own words, “plant the seed” and see what may become.

Things progressed very quickly following the formation of the working party and within a day of this they were offered the use of a whare owned by the Tauranga Area Health Board (now known as the BOPDHB) to set up as a residential facility. The location of the five bedroom whare was on Kaitemako Road, where Waipuna Park is now situated, and although the working party did not yet have any funds it was an opportunity that was too good to refuse and so was accepted.

The next obstacle to overcome was the lack of staff to reside at the whare so among the very dedicated team that had been formed; they each invested their time to staff the whare. By the second week the whare now had 3 whaiora residing with them with Hinerua becoming the first kaitiaki.

Whāia te iti kahurangi ki te tūohu koe me he maunga teitei – Seek the treasure you value most dearly: if you bow your head, let it be to a lofty mountain

The seed that had been planted was beginning to grow…………. the beginning of Te Tomika Trust. Hinerua is also quick to point out “At some point you just get in there and do what you need to do”.

As the years continued Te Tomika grew in staff and by 2017 the Trust has evolved into 8 residential homes; two in Matapihi, an office base in Grace Road and 6 other properties spread amongst the avenues. There was still much to be achieved by Hinerua’s terms and obviously a passion that ran within the whanāu. In 2003 Hinerua’s daughter Carol Ririnui joined Te Tomika Trust as the office manager returned from Australia with her whanāu to live back in Tauranga Moana.

In similarities to that of her mother, Carol had not had any experience working within mental health but with the same passion as Hinerua, Carol developed within Te Tomika and so too did her belief of the potential for the organisation and the vision Hinerua had foreseen many years previous.

Whilst with Te Tomika Carol has obtained her MBA and this is evident in the systems and processes that she has put in place to lift the standard of the organisation to that of a very high calibre. She is now the General Manager of Te Tomika Trust having been with the organisation for 14 years.  There is a current staff base of 30, some of which are long-term employees of the organisation.

The kaupapa for Te Tomika is to develop a self-sustaining comprehensive range of Kaupapa Māori community based services that support tangata whaiora to live meaningful lives within the community, our community.

My success should not be bestowed onto me alone, as it was not individual success but success of a collective 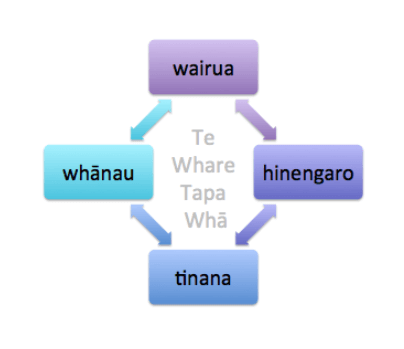 Te Tomika Trust was incorporated as a charitable trust in 1990 and operates under the Māori Model of Health, Te Whare Tapa Wha.